They set me up in the corner. Me and my drum set.

It was a small, 1 roomed church with heavy wooden pews. They were worn down and sometimes you would catch a splinter if you slid sideways to the other end too swiftly. The carpet was all mismatched because there were only 11 members and buying wall to wall matching carpet was not very important or affordable in those days.

We had window unit air conditioners that didn't keep the place very cool in the summer. The windows were not sealed properly and you could sometimes see outside through the gaps. In winter, we had 2 gas floor heaters.

None of this mattered to me as a teen. I went there for the music. I went there to escape. "Call him up. Call him up," He would wail. "Call him up and tell him what you want." You see, he was from Mississippi, my pastor. All he knew was Blues guitar and Jesus. I am not sure what his level of education was, but he would sing for hours. I did not know then that people had planned out praise and worship services that only lasted an hour and a half. To me, this was better, the single song that lasted for an hour.

I remember people would come in so heavy and afflicted with life and it's troubles. They would pray and cry and sing and somehow find the strength to carry on. Someone would stand over them and in an almost trance like state, just keep saying, "Jesus, Jesus, Jesus, Jesus, Jesus, Jesus. Call on Jesus, Call him!!!! And they would. Then, as if it were a healing serum, they would cover them with a crisp white, flat sheet as they lay crying in the floor.

I remember when that person lying on the floor crying was my mother. She had gone through another break up with a potential suitor and was at her wits end....again. This is always what sent her reeling and running to the church for help and repentance. She would always go through the same routine. She "gave her heart to Jesus," more times than I can recall. She has never healed from her divorce, so every time a relationship failed, it would send her back to the dark place she was in when he said he wanted the divorce. I would not realize until my late 30's that my mother was more than just broken. She was also mentally ill.

I knew that church was my safe place from her. For my mother, church was her safe place until another man came along to ease her pain temporarily. As soon as another man would come along, she would leave the church, forget about all of her slobbering promises to Jesus under the white cotton balm until she found herself there again.

Her unchecked mental illness over the years has made her unbearably angry. I would even go so far as to say that it has been the demise of her well being overall. She is now at the age where I have to have the dreaded conversation of, what do we do when..... But because she has refused to get the help that she needed to overcome her hurts in life, she leaves herself to be cared for by strangers in the event she needs around the clock care. For her children, she is exhausting to be around. Sometimes for just 30 minutes it feels like you have been at war with her demons for hours.

Her refusal to get proper mental health counseling or a proper diagnosis and medication has been based on her belief that, If you just call on Jesus, everything will be just fine. But she is not fine. She has not been fine for nearly 40 years now. How long does it take for Jesus to pick up if you have been calling for this long? Is Jesus really that busy? Did you call the wrong number?

I watched her sister who suffered with mental illness for years be ostracized by the same church for not getting well when they prayed for her dozens and dozens of times. They blamed her illness on the devil and would say that they needed to cast the devil out. But the devil never left and my aunt went to her grave too soon because they refused to believe her when she said the prayers didn't work and that she was not ok. Maybe Jesus does not like Southern Pentecostals and can't take any of their calls.

I can not say that there is not something magical about those songs and growing up on gospel music. For me, it truly was an escape and to this day, it still is. But for those who are mentally ill and feel that replacing emotional music and religion for mental health care, they could easily find themselves lying in an untimely grave the same way my aunt did. They could find themselves too difficult to manage in the event of a physical health crisis and be left alone.

The Black church will most likely always be a place of community for Black people to feel a sense of belonging. Church has helped us escape our tormented souls during slavery with our coded songs in the cotton fields. Now we meet in lavish 3 story buildings that we pull up to in our expensive clothes and fancy cars. The odd thing to me about this is that, we have not, in many cases, seen ourselves holistically. Some of us sit Sunday after Sunday in our Prada shoes and go home to lie under our 1500 thread count Egyptian cotton sheets, still tormented with depression and anxiety. Community is always about accountability. Churches and individuals must start to make progress past our superstitious mindset that counseling is for everyone else but us.

I care so much about the minds of Black people, Black women especially because we have been forced for centuries to carry everyone on our shoulders. We are undoubtedly strong, fierce creatures, but we are not unbreakable. We are not meant to constantly put our well being aside for everyone elses. We cannot continue to call Jesus for a lifetime and never have our calls returned. We must seek help. We must get up off of our worn down knees of prayer and take steps in the direction of true healing, not cheap emotional music and splintered benches on calico carpets.

Karisha Shaw is an out and proud lover of words, people and the arts. She received a Technical Theatre Entertainment degree from Northwest Florida State College and spent all of her summers while in college using art to do humanitarian work in poverty and crime stricken communities. Karisha later traveled overseas using her degree to help produce music projects in Africa and Bulgaria. She lived in Bulgaria and learned the language while working on the Bulgarian music project also having spent time in Greece, Germany, France, England and Portugal. Karisha worked closely with the Sandra Bland case holding vigil for months in front of the rural Texas jail. She now spends her time professionally advocating for victims of domestic violence and sexual assault. She plays drums with a local blues band when she isn't advocating for social justice. She also loves spending time with her grandma, her dog, Puma and her cat, Celie.

So, you've got fangs.

So, you've got fangs.

The fight ahead looks a lot like the fight before... with a hostility makeover

Something to consider before you plan your next march or rally 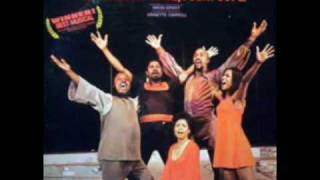 Is trust building possible - or are we all waiting for the destruction of humanity?